Are Community Gardens a Safety Risk for the Horticulture Industry?

Find this article at:
go.ncsu.edu/readext?283337
— Written By Lucy Bradley 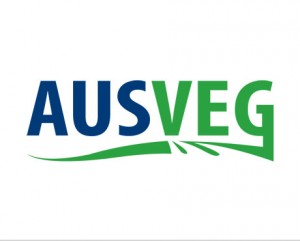 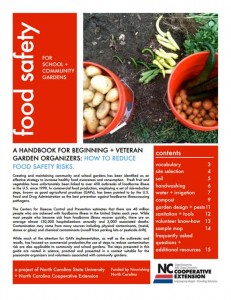 Dr. Ben Chapman, Food Safety Specialist at NC State, responded to the article in his BarfBlog with a posting titled “Growing safer garden produce is doable”  Dr. Chapman worked with Ashley Chaifetz to produce the toolkit “Food Safety for School and Community Gardens” to provide guidelines for protecting humans from food safety concerns in the garden.

It is up to each of us to use best management practices in our gardens for the protection of our own produce and our neighbors produce as well as our own reputation and the reputation of all community and school gardens.

They’re meant to bring neighborhoods together and encourage an interest in gardening, but Ausveg says that community gardens also pose a serious safety risk for the nation’s horticulture sector.

“A lot of these gardens may not be in the best nick, so to speak, and the issue we then have is with infestations with either pests or diseases, and then that becomes a threat in itself to commercial horticultural operations that need to comply with strict adherence to quality assurance guidelines,” explained Ausveg spokesperson William Churchill.

If community gardens bring in pests and diseases, commercial growers must take pre-emptive action to stop these problems affecting their crops.

Mr Churchill also took aim at farmers’ markets, commenting that Ausveg also has concerns “about food standards and quality assurance programs that are in place.”

Working Against the Best Interest of Aussie Growers?

However, Michael Croft, a spokesperson for lobby group Australian Food Sovereignty Alliance, believes that Ausveg’s support for the end of community garden funding is misplaced.

“By claiming the axing of community food grants was good policy, Ausveg is working against the best interests of Australian vegetable growers – particularly those that supply the domestic market,” he said.
He added his group supports community gardens and growers’ markets, and insists these movements carry minimal risks.

“In attacking community and fair food initiatives, Ausveg are needlessly turning their fire on thousands of individuals and an increasing number of groups whose numbers include the strongest, best informed and most articulate supporters of Australia’s horticulturalists,” he said. “These are groups and individuals that Ausveg should be applauding and supporting.”

We also have a few other email lists you can subscribe to.